During the 2020 season, we continued working on the archeology exploration, and monastery conservation started the previous year. Despite the pandemic, work progressed at a good pace.

Archeological research was carried out in three excavation sites. We uncovered the cloister garth’s SE and SW corner and continued exposing the monastery garden’s fencing wall.

We mostly worked on the conservation of the SE corner of the monastery. We mortar pointed the masonry, reattached the original, partially detached plasters, masoned the top part of the walls, and then laid a grass layer on them. We added three window niches for the wall stability and continued with the original static system’s reconstruction. We inserted hand-hewn oak beams into the places where they originally were in the perimeter walls. We contracted the cloister wings with iron rods, which used to reduce strain on the walls under the vaults’ load.

We have made a presentation of the tomb shaft situated on the floor in the crypt. For the safety of our visitors, we’ve also added a railing around the crypt’s entrance. 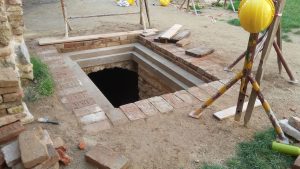 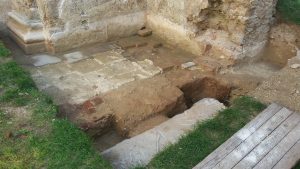 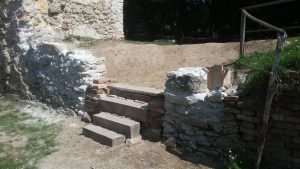 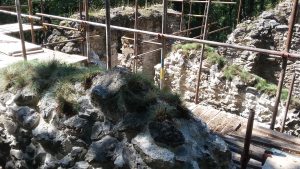 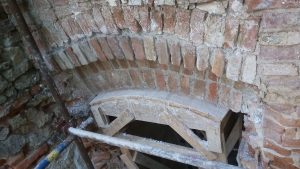 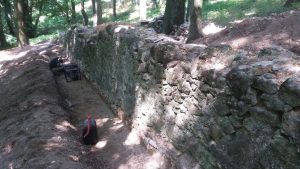 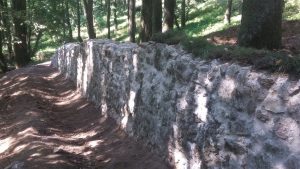