Volunteers working for the project prepared for the visitors the traditional Open Doors Day on Sunday, 5th July. It has been the 15th event taking place regularly on the feast of St. Cyril and Methodius since the creation of the project. The 21st season of voluntary works at St. Catherine’s of Alexandria Church and Monastery was launched on this occasion, as well. 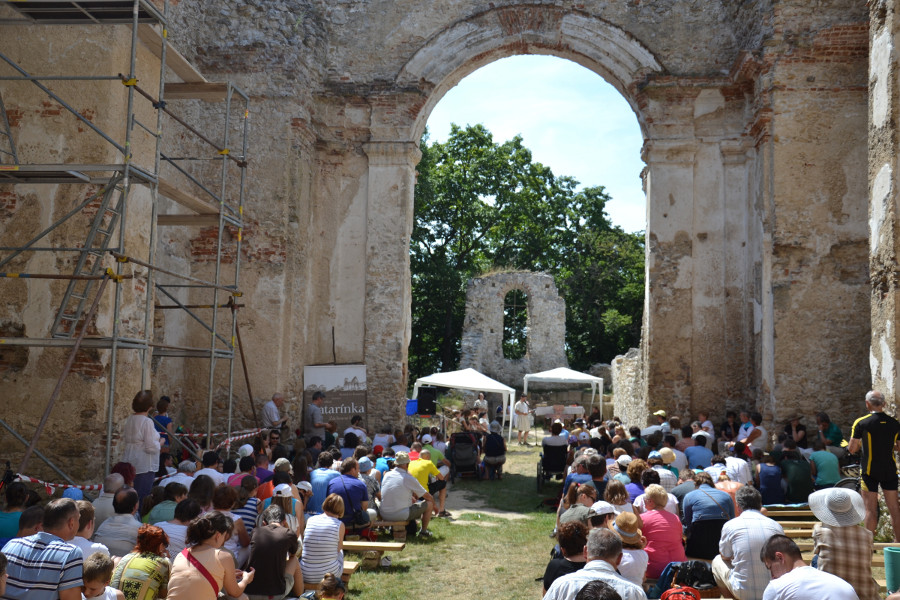 The Open Doors Day at Katarínka was launched by a solemn Holy Mass celebrated by Franciscan Father Felix Maria from Bratislava and brother Bartolomej from Zvolen. At noon, the founder of the project Peter Herceg presented the plan for the upcoming season, during which the volunteers will dedicate their time to the finish inside the tower, so to works related to its opening to the public as an observation tower. „We are pleased that we can present Katarínka, our four “pillars” (spirituality, work, community, genius loci) and what we do here to the people during a single day. We are glad that we managed to organise the event thanks to many volunteers. We strove to keep the main points of the programme and bring people the atmosphere of peace and the good, which we believe they felt.“ 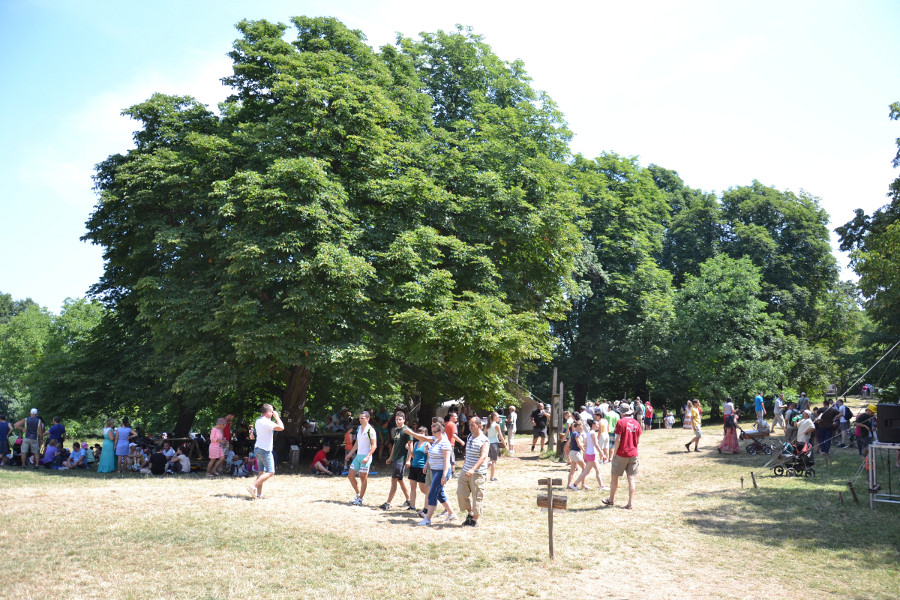 The programme then continued with “the catering” for the visitors in the form of cooked sausages and garlic soup. The organisers prepared sufficient water supplies for the tropical temperatures. There were also guided tours of the ruins of the church and monastery with presentations about the history of this pilgrimage site. The main organiser Matej Krajčovič was satisfied with the course of the event despite the high temperatures. “About 600 to 650 sympathisers and tourists of different age categories came to visit us. Traditionally, families with children were interested in creative workshops and ‘guilds’, especially the painting, fishing and rope guilds.” 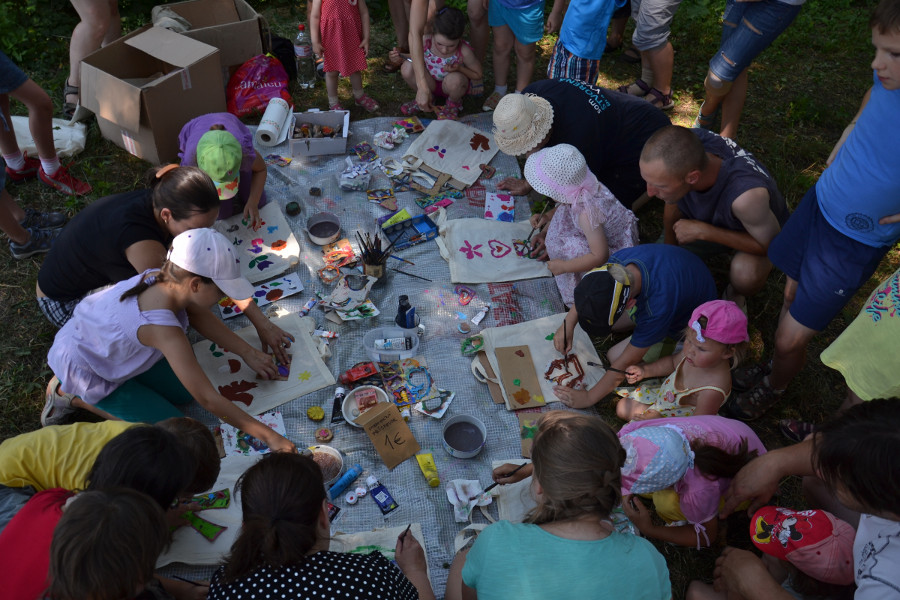 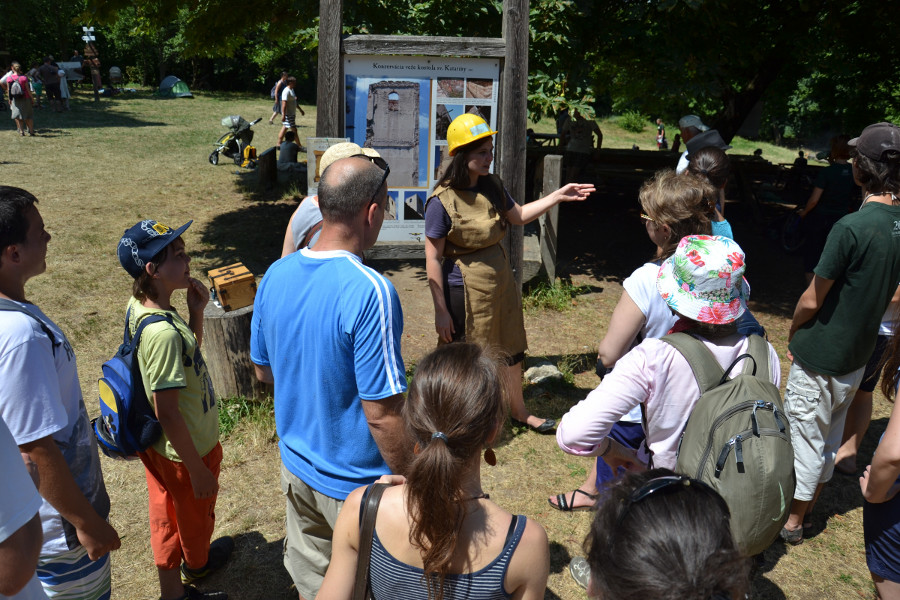 This way, another working season was launched at Katarínka by the biggest event of the year. Apart from working, volunteers have the opportunity during the two-week camp sessions to experience adventure and the taste of the 17th century, without electricity, the Internet, mobile phones and other modern conveniences of our era. There are some places left for boys and men of the age of 17 and above in the upcoming sessions.