On the feast of St. Cyril and Methodius (5th July 2014), the Open Doors Day was held at Katarinka just like every year. Since the start of the project of the preservation of the church’s and monastery’s ruins, it has been the 13th event of this kind organised by volunteers from the organisation “Katarinka”. Despite the changeable weather, it was greeted again by large numbers of interested visitors coming from the near villages as well as by tourists and others.

The Open Doors Day at Katarinka was opened by a solemn mass celebrated by Viliam Arbet from the village of Naháč, by the franciscan Félix Mária from Bratislava, whom we know as “Zenius”, and also by Branislav “Beren” Popelka from Majcichov, who is also the spiritual father of Katarinka. At noon, the programme continued with a summary of the 20-year history of the project “Katarinka” and a presentation of the plans for the upcoming season by Peter “Benignus” Herceg, founder of the project. 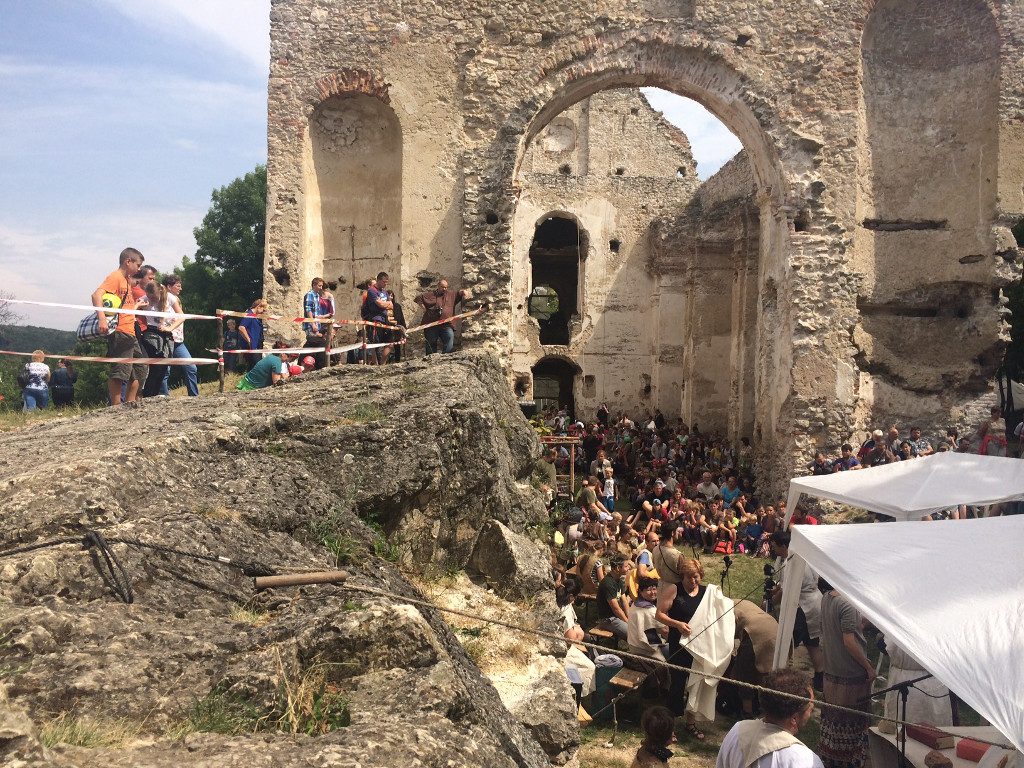 Afterwards, the programme continued with an unusual historical play, despite the rainfall. 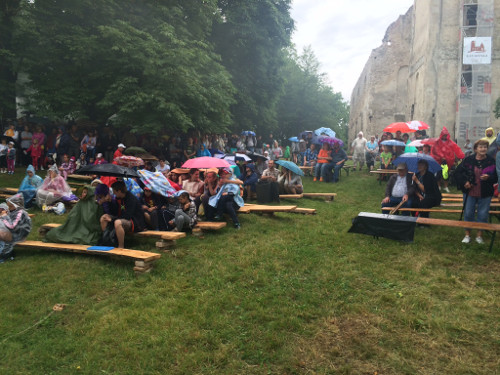 This was followed by refreshments for the visitors, namely freshly cooked goulash and garlic soup. 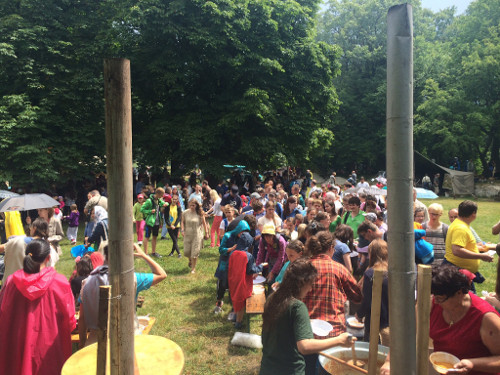 Many visitors, mostly young families with children, were interested in the several creative workshops. 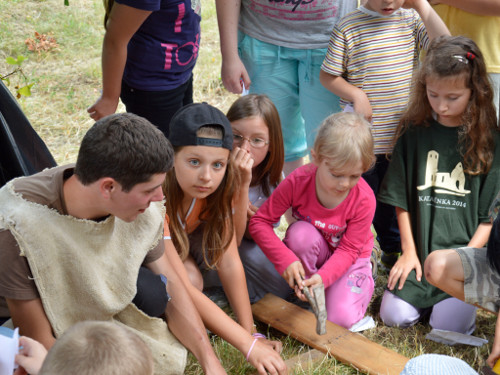 There were also guided tours along the ruins of the church and the monastery with an explanation of the history connected with this pilgrimage site. Apart from the civic association Katarinka and the Association of Christian youth communities, the villages of Naháč and Dechtice were involved in the organisation of the programme too. The event was eventually attended by about 1,000 supporters and tourists, mostly families with children, but also other age categories.

The end of the event was described in the following words of Benignus: “Since this day, we celebrate the start of the jubilee 20th season of our voluntary work. It is this evening that the first 40 volunteers will come to work here for 2 weeks in order to continue with the preservation of St. Catherine’s church and monastery, with the repair of the tower with the aim of building up an observation tower, with the archaeological research and other activities. All camp dates are already almost full, except for the 5th group, where there are free places for guys from 17 years of age.”