The summer season at Katarínka has been successfully completed. This, however, does not mean that Katarínka cannot be visited anymore. Quite the contrary: right now, when the autumn is so beautiful and multicoloured, the place is really worth visiting.

We would like to share with you a summary of how we got on and what we have managed so far. Here is some brief information on our most important summer (especially working) activities.

Conservation works on the tower

The masonry and grouting took place on the crown of the tower – on its roof at the height of 363 metres above sea level, 30 metres above the ground. On the highest 6th floor, it was necessary to ensure the static equilibrium and fix the wall that will be used as a railing of the tower. 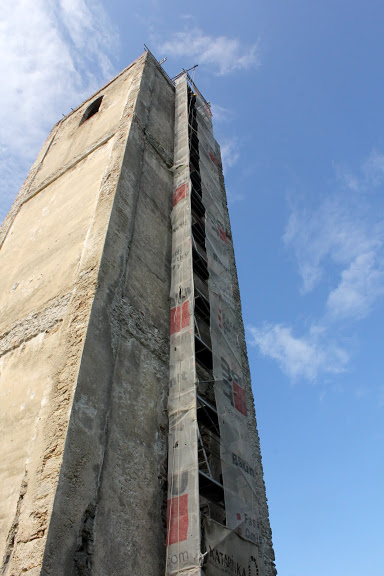 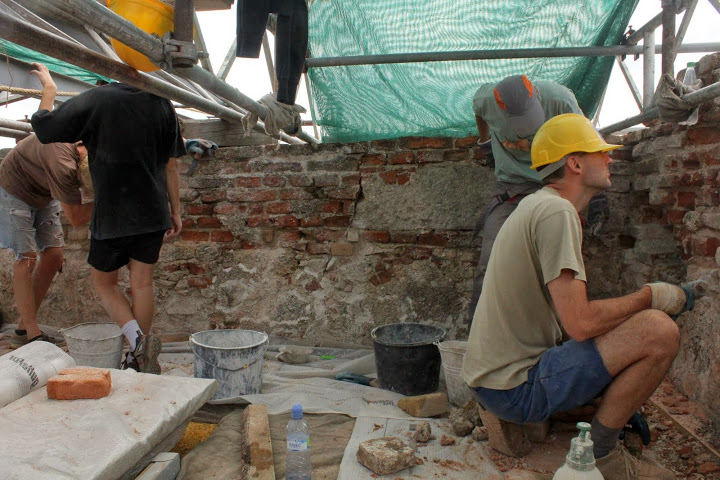 The masonry was also done on the individual storeys inside the tower. All storeys are already completed and masoned (there are 5 storeys plus the roof). The masonry was done on the spots where the bearing beams of the storeys were embedded – in stripes of 50 cm above and 50 cm below the floor – in order to complete the floors and to make a ladder. 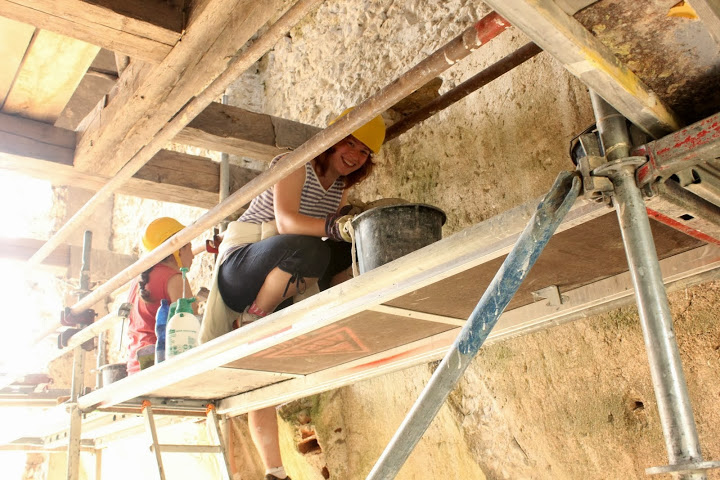 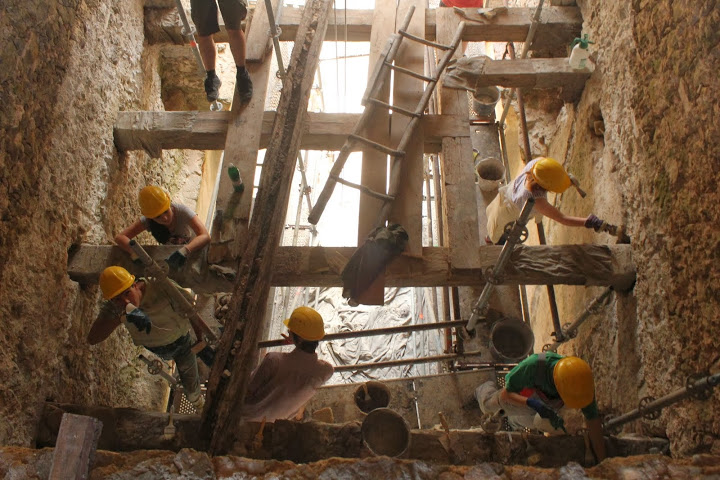 In the next few years, our task will be to do the grouting on the mezzanine level.

We managed to craft the stairs (some are fitted between the 4th and 5th floor, others are prepared). The floors were done too – the ones on the fourth and fifth floors are already installed thanks to the intensive planing of wooden boards during our two-week summer camps. 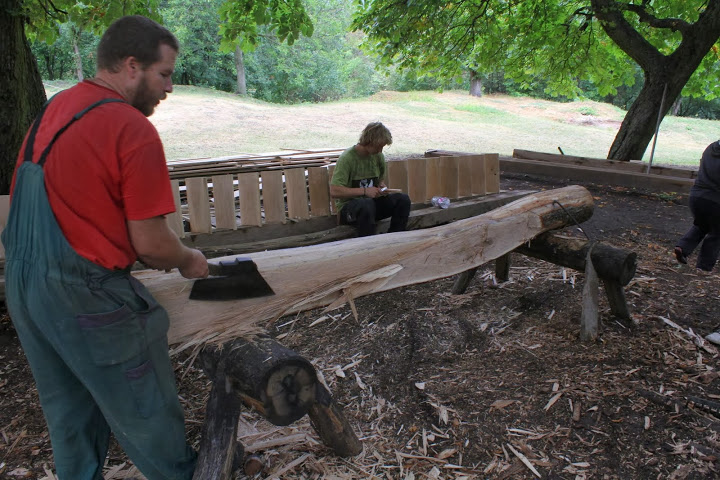 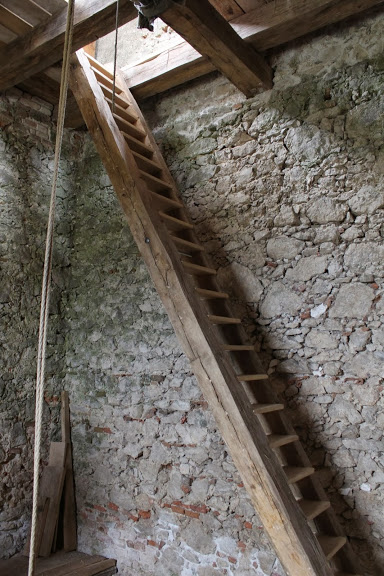 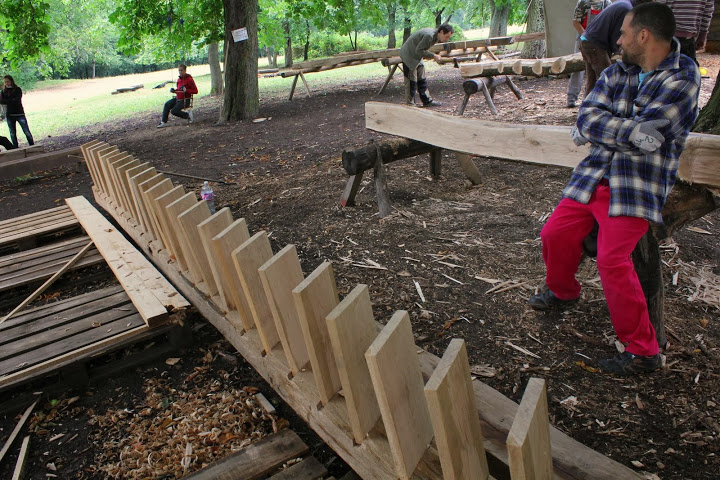 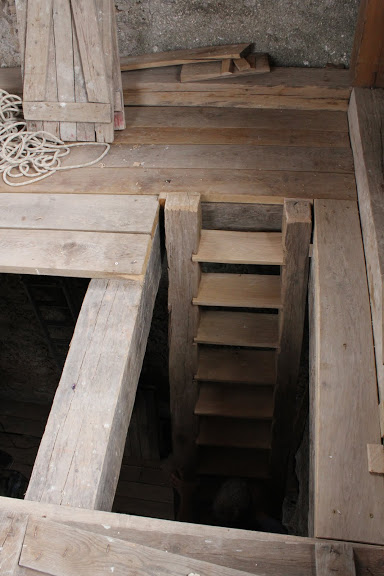 The presbytery and the crypt were discovered. “We have it! Finally, in the crypt…” Elorien and our archaeologist Ivana Kvetánová were both very pleased. The ceiling of the crypt was crushed, and the whole crypt was buried under the debris. We found the remains of the marble altar, which is likely to have been situated above the crypt . Occasionally, we came across some bones and splinters. The crypt is divided into two storeys with two internal partition walls. Six grave sites were probably situated there. Based on the historical sources, we can assume that the crypt was robbed several times in the past, or that the descendants transferred their ancestors’ remains elsewhere.

Conservation of the monastery

After a couple of years, we came back to work on the monastery. It was the drilling and anchoring of the statically vulnerable parts – the internal partition walls. We also did the complete re-masoning of the crowns of the walls and the grouting of the monastery, which is to be continued next year. 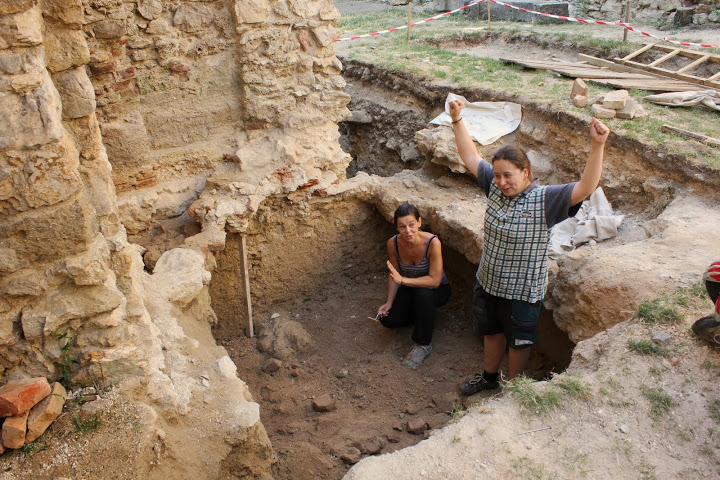 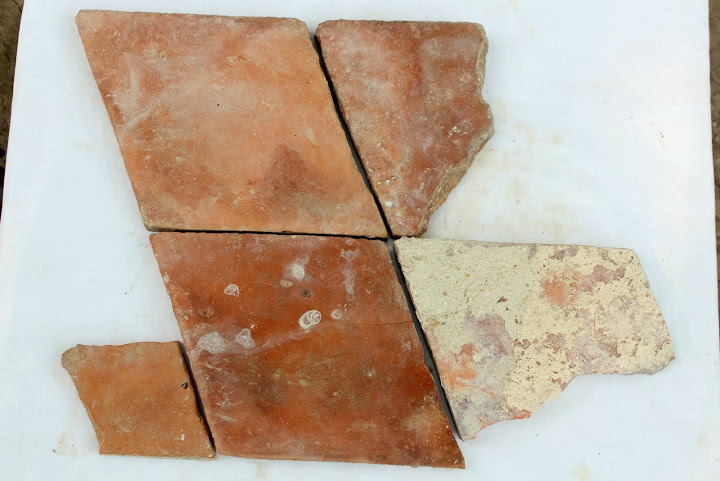 The highlight of this season was the disassembling and the re-vaulting of the destroyed arches, the repair of the brick shutters and the grassing of the crowns of all the repaired walls. 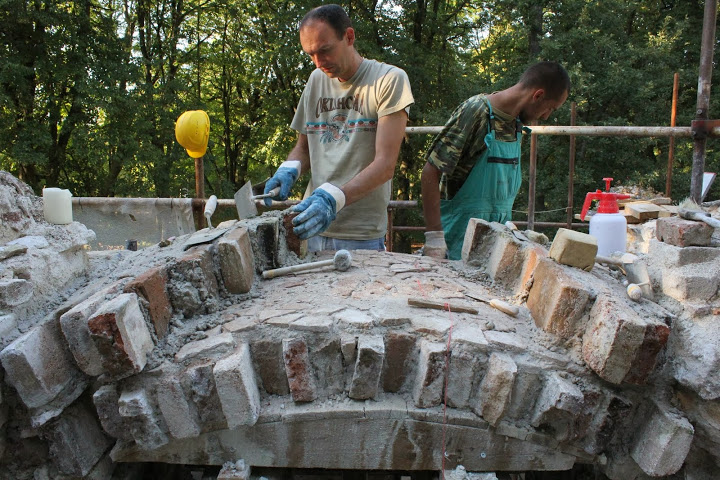 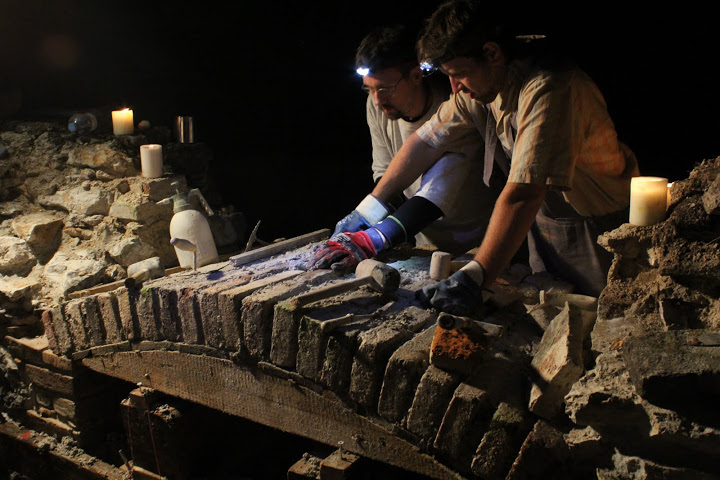 See also photos – The monastery before and after. Especially the completely disintegrated vault, whose possible fall during the winter 2012/2013 was the subject of a bet. It did not fall at last 😉 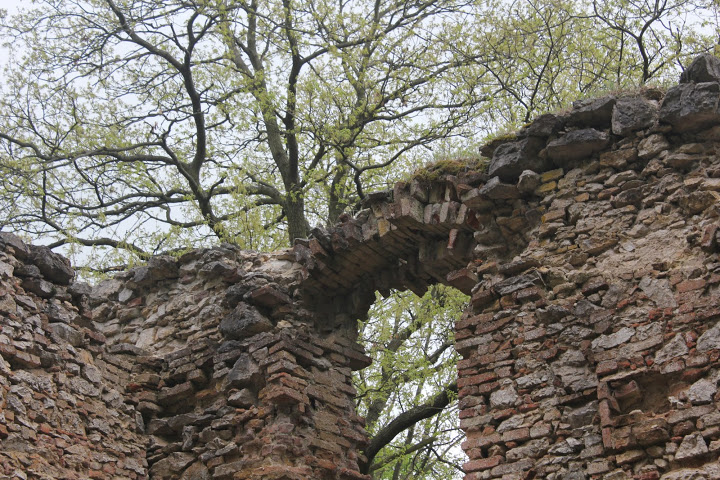 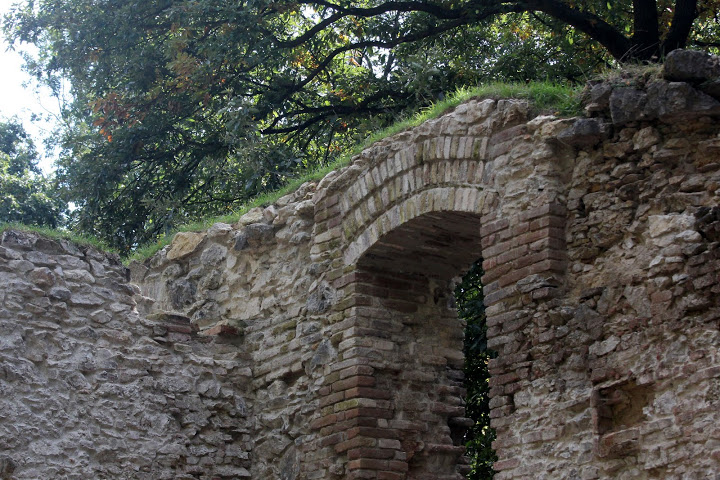 Of course, Katarinka is not just about work. It’s about all of its 4 pillars, that is the people, community, spirituality as well as the place itself, which got prettier again last year. 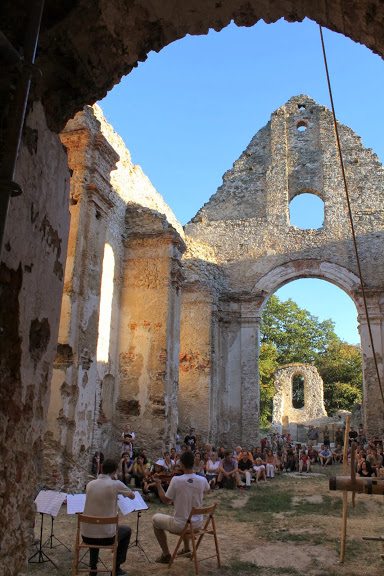 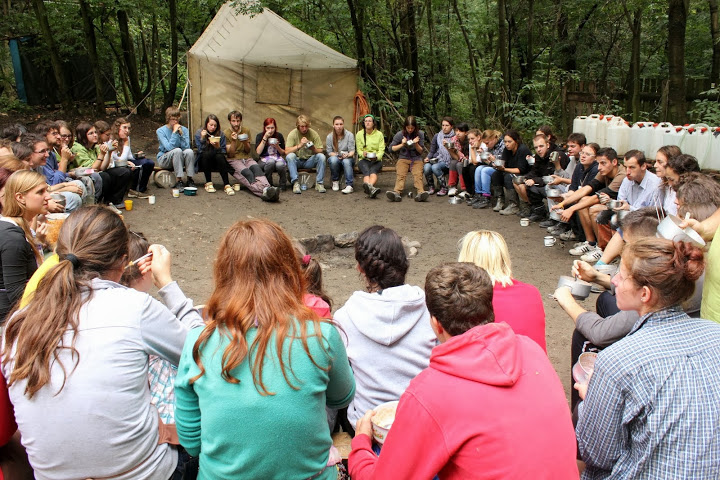 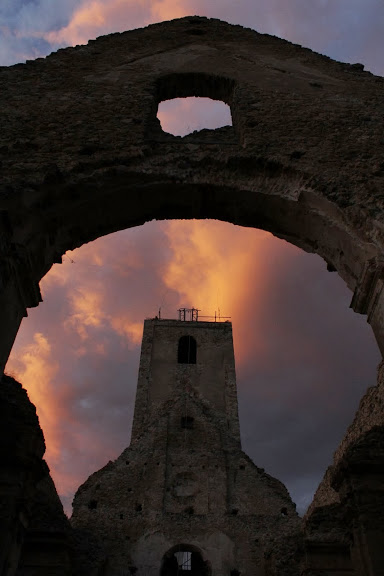 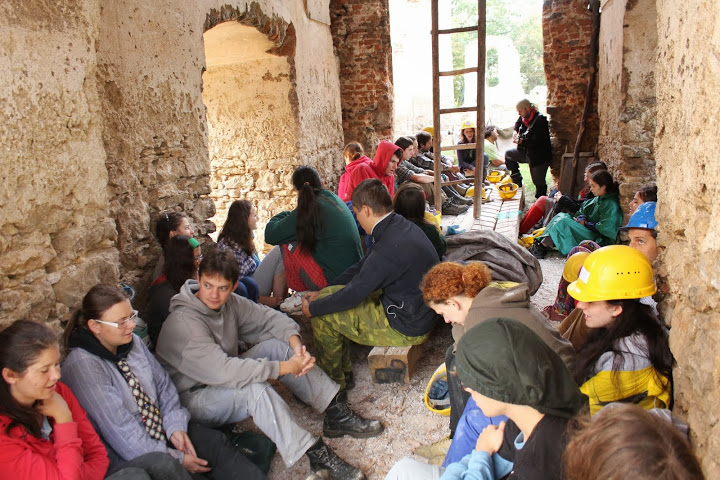